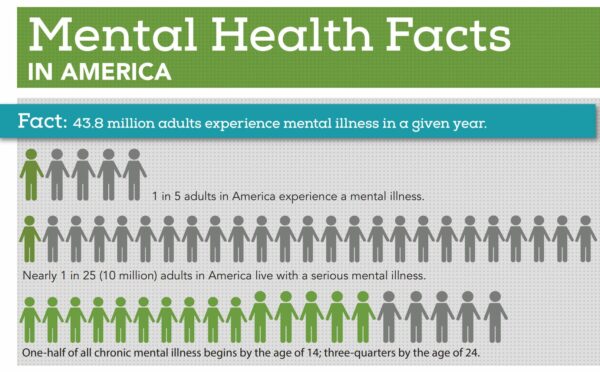 One in 5 Americans is affected by mental health conditions. Mental Health Awareness month – each May –  is about raising awareness of mental health, fighting stigma, public education, and political advocacy to support people with mental illness and their families.

Consequences Of Lack Of Treatment

Learn more or get involved at: https://www.nami.org/Learn-More